'How Can I Address These Conversations?' 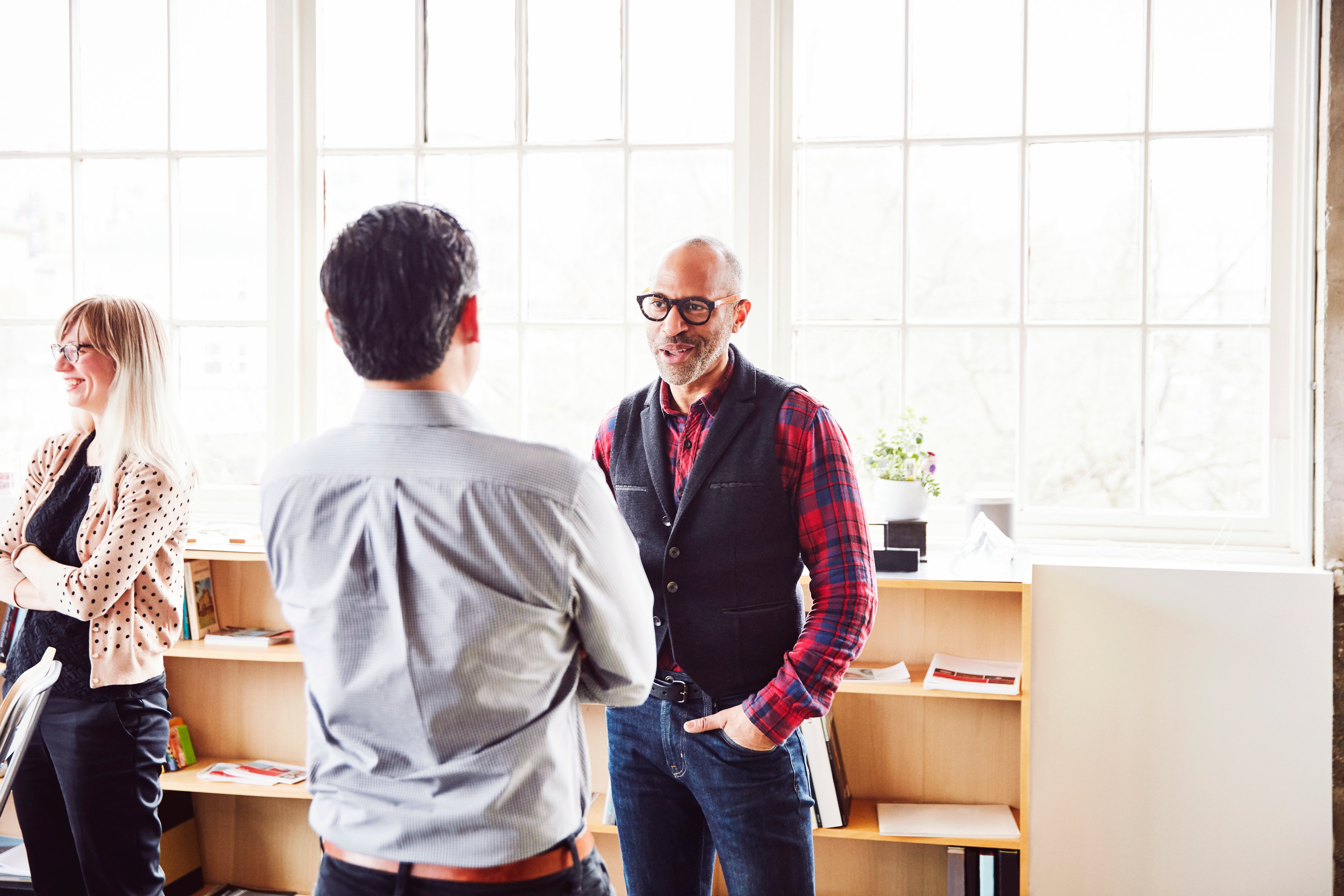 The U.S. Supreme Court has recently issued decisions that are sparking intense debate around the country. As a result, employers may see more employees express their views on these rulings in the workplace and engage in heated political discussions and activity. Here are some guidelines to consider to help you prepare for these situations.

Employees in the private sector don't have the same federal First Amendment protections inside the workplace as they do elsewhere. In the private sector, employers generally have more latitude to impose reasonable restrictions on political discussions during work time. As discussed later, employees may have greater protections when they are off-duty.

However, some state laws have protections that may apply to on-duty time in the private sector. For example, Connecticut prohibits employers from disciplining (or threatening to discipline) employees for exercising their federal and/or state free speech rights, provided such activity doesn't substantially or materially interfere with the employee's job performance or the working relationship between the employee and the employer.

Even where employers have more latitude to impose restrictions on political discussions during work time, trying to restrict all political discussion may be impractical and could have negative effects on employee morale. Instead, consider monitoring the issue, and if these types of discussions become disruptive, interfere with work performance, or potentially violate nondiscrimination laws, respond in accordance with your company's written policies and practices. When monitoring employee conduct, treat all employees consistently regardless of their political views.

Be mindful of Section 7 of the National Labor Relations Act (NLRA), which grants employees the right to act together to improve wages and working conditions. The NLRA applies to both union and non-union employers. Political discussions may trigger NLRA rights when they relate to employment issues. Additionally, enforcing restrictions during non-work hours (such as breaks) or in non-work areas (such as break rooms) may violate the NLRA.

Use of company equipment and resources:

Employers generally have a right to limit employees' use of company equipment and resources, such as work computers, email and bulletin boards, for non-work related purposes. This includes company resources that are used to promote candidates, political ideas and other non-work-related information. Make sure any restrictions are applied consistently and apply to all similar types of conduct. Clearly communicate these rules to employees in a written policy.

If political posters, pins and other material that employees display in their workspaces or on themselves are a concern, you generally have the right to establish reasonable limits. At a minimum, indicate that any material that violates the company's nondiscrimination and anti-harassment policy or dress code is prohibited.

Note: Any union-related material that expresses a political view may be protected by the NLRA. For example, if an employee wears a pin that indicates their union supports a particular political candidate, you may be required to allow it. In addition, an employee's poster, pin or t-shirt that has a connection to work-related issues, such as promoting a candidate's position on the minimum wage, paid leave, and health benefits, may be protected as well.

In response to the U.S. Supreme Court decisions, employees may choose to participate in protests around the country. Remember that in some cases, such as those described below, employees who take part in such activities may be protected from adverse action.

Under the NLRA, employees' rights to act together to improve wages and working conditions, and to discuss wages, benefits, and other terms and conditions of employment are considered "protected concerted activity." Therefore, if an employee's participation in a protest/rally is considered "protected concerted activity," the employer would be prohibited from taking adverse action against the employee for engaging in such activity.

Additionally, some states and local jurisdictions prohibit employers from discriminating or retaliating against employees on the basis of lawful activities outside of work. These laws even protect employee conduct that employers may find objectionable. For example, Colorado and California generally prohibit employers from taking adverse action against employees for lawful activity that occurs while off-duty. If, however, the employee violates a law when engaging in political activity, such as by assaulting a protester at a rally, that unlawful conduct generally wouldn't be protected.

Some jurisdictions (including California, Louisiana and Colorado) also prohibit employers from retaliating against employees on the basis of their political beliefs and activities. Employers subject to these laws need to assess whether their employee's participation at a protest/rally is a form of political activity and then check their state and local law to ensure compliance.

Even in the absence of a prohibition, it's generally not considered a best practice to make employment decisions based on lawful political activities. However, there are employers that have made exceptions out of concern the employee's conduct could create a hostile work environment or otherwise negatively impact the workplace, such as when an employee supports an organization that is considered a hate group.

Before taking action against an employee for their political activity, ask:

If you are still unsure, consult with legal counsel.

In cases where an employee is arrested at a protest/rally, employers may be prohibited by state and/or local law from taking adverse action against the employee because of an arrest or arrest record. In addition, the Equal Employment Opportunity Commission (EEOC) has stated that taking an adverse employment action against an employee solely because of an arrest record may result in a violation of nondiscrimination laws. An arrest, however, may in some circumstances trigger an inquiry into whether the conduct underlying the arrest is job-related and justifies an adverse employment action, according to the EEOC.

Even if one of your employees is convicted of a crime that occurred at a protest or rally, the employee may be protected from adverse action unless the conviction relates to the individual's job duties. To comply with federal law, the EEOC recommends that employers conduct an individualized assessment (an evaluation of the facts surrounding the offense, history of offenses, rehabilitation efforts and other factors) before taking an adverse action against an employee on the basis of a criminal record.

Employees' social media activity may be protected by certain laws, including those covering lawful off-duty conduct, discussing wages and working conditions, and exercising their rights under various employment laws. For example, if you fire an employee because their social media posts indicated they filed a discrimination lawsuit against a former employer, or took job-protected leave, this could violate anti-retaliation provisions of various laws. Additionally, if you take adverse action against an employee for posting grievances concerning their benefits or working conditions, this could also violate the NLRA.

Many employers adopt policies that prohibit employees from engaging in harassment and other misconduct against co-workers. Employers can generally expect employees to abide by these policies during work hours as well as after hours and outside of the workplace, including on social media. If you are put on notice that an employee may have engaged in misconduct through social media, such as an employee harassing or threatening another employee, you can generally treat the misconduct just as you would if it had occurred in the workplace. As such, launch a prompt, impartial and thorough investigation, and, if violations of your policies are found, take immediate and appropriate corrective action to remedy the misconduct and prevent it from recurring.

Certain state laws may restrict or prohibit employers from attempting to influence employees' votes or political activities. Make sure you understand the laws that apply to your business and ensure that your company, including supervisors, doesn't violate these rules.

Review and understand your rights and obligations regarding political activity and have policies and practices in place that comply with all applicable laws.