'Can I Discipline an Employee for Problematic Off-Duty Conduct?' 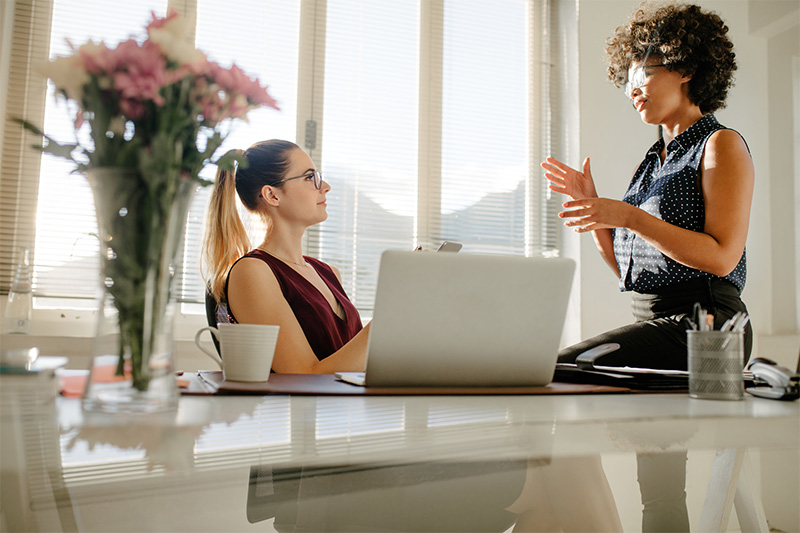 If an employee engages in off-duty conduct that you consider problematic, your first instinct may be to take action. However, there are federal, state, and local laws that protect certain off-duty conduct. Here are 10 scenarios in which you may want to take caution before disciplining an employee:

Scenario #1: An employee is arrested.

Many states prohibit employers from taking adverse action against employees because of arrests or arrest records. In addition, the Equal Employment Opportunity Commission (EEOC) states that such action solely because of an employee's arrest record may result in a violation of nondiscrimination laws. An arrest, however, may trigger an inquiry (such as an investigation into the facts and a chance for the employee to explain the circumstances) into whether the conduct underlying the arrest is job-related and justifies an adverse employment action, according to the EEOC. Before disciplining an employee for an arrest that occurred outside of work, also review your state law, investigate whether the underlying behavior is job-related, and consult legal counsel.

Scenario #2: An employee is convicted of a crime.

Some states protect employees who have been convicted of a crime unless the conviction relates to the individual's job duties. Employers should not automatically take an adverse employment action against an applicant or employee because of a criminal conviction. Rather, the EEOC recommends that employers evaluate the facts surrounding the offense and the individual's history of offenses and rehabilitation efforts. See the EEOC's guidance for more information, review applicable laws, and seek legal counsel before taking an adverse employment action because of a conviction.

Scenario #3: An employee is using marijuana while off-duty.

Many states permit medical marijuana, and some also permit recreational marijuana use. While none of these laws require employers to allow employees to use, possess, or be impaired by marijuana during work hours or in the workplace, some states have employment protections for employees who use marijuana outside of work.

Some states prohibit employers from making employment decisions based solely on a person's status as a medical marijuana user or cardholder. Additionally, a few states prohibit discrimination against individuals because they test positive for medical marijuana, unless the individual used, possessed, or was impaired by marijuana in the workplace or during work hours. Certain states also offer protections for individuals who use recreational marijuana while off-duty. Before testing for marijuana and/or making any employment decisions resulting from an individual's use of marijuana, check your state and local law and work closely with legal counsel to determine your rights and responsibilities.

Note: There may be situations in which the employer is required to take action against an employee who uses marijuana. For example, the Department of Transportation (DOT) states that it's unacceptable for any employee in a safety-sensitive position (and subject to DOT drug testing regulations) to use marijuana. If an employee in such a job fails a drug test for marijuana, the employee is barred from performing safety-sensitive duties until they've seen a substance abuse professional and successfully completed the DOT's return-to-duty process, which includes a drug and/or alcohol test.

Scenario #4: Employees are discussing their wages with one another after work and on social media and it's causing discord.

Under Section 7 of the National Labor Relations Act (NLRA), employees have the right to act together to improve wages and working conditions and to discuss wages, benefits, and other terms and conditions of employment. The National Labor Relations Board (NLRB), which enforces the NLRA, and many courts have found that pay secrecy or pay confidentiality rules violate Section 7 rights. Additionally, some states and local jurisdictions prohibit pay secrecy policies.

Scenario #5: An employee is sexually harassing a co-worker outside of work.

Unlike most of the other scenarios, this one requires the employer to act since it could create a hostile work environment, violate employment laws, and negatively impact the employer's business. Employees are expected to abide by an employer's sexual harassment policy not only in the workplace, but also after hours and outside of the workplace. If you are put on notice that sexual harassment may be occurring, launch a prompt investigation. If the investigation reveals that harassment occurred, take immediate and appropriate corrective action.

Scenario #6: Employees are smoking and engaging in other lawful off-duty conduct that the employer opposes.

Several states, such as California, Colorado, Illinois, Minnesota, Montana, Nevada, and North Dakota, have laws that prohibit employers from taking adverse action against employees for engaging in lawful off-duty activities or using lawful products while off-duty. In some of these states, employers are prohibited from taking adverse action against an employee for engaging in specific activity, such as drinking alcohol, consuming tobacco products, carrying a firearm, or gambling while off-duty. Other states have broader protections that cover all lawful off-duty conduct.

In states with broad protections covering all lawful off-duty conduct, employee dating is likely protected. Even in the absence of such protection, you might have difficulty enforcing an outright ban on all workplace dating. Draft and implement policies that convey your company's position on workplace dating, keeping in mind you may want to discourage workers from relationships when there might be a conflict of interest, such as a supervisor-employee relationship, or an HR-manager relationship.

Scenario #8: An employee is storing a gun in their car parked in the company lot.

Some states prohibit employers from banning firearms stored in employees' private vehicles parked on company property. However, employers may generally prohibit employees from carrying weapons into the workplace. This includes bans on firearms in company facilities and in the course of the employee's work duties, even if they have a concealed weapon permit. Other states require employers to first post a notice in order to prohibit guns in the workplace. Check your state law to ensure compliance.

Scenario #9: An employee is moonlighting.

In states with broad protections covering all lawful off-duty conduct, employers may be required to show that prohibiting outside work protects a legitimate business interest. For instance, the employer may be required to show that the second job would interfere with business operations or is with a competitor. Draft restrictions on outside employment carefully and consult legal counsel as needed.

Scenario #10: In their spare time, an employee is working on the campaign of a politician whose views the employer strongly opposes.

Some jurisdictions prohibit employers from discriminating or retaliating against employees because of their political beliefs and voting choices. Lawful political activity may also be protected under off-duty-conduct laws. Even in the absence of such a law, it's generally not considered a best practice to make employment decisions based on lawful political activities. However, there are employers that have made exceptions out of concern the employee's conduct could create a hostile work environment or otherwise negatively impact the workplace, such as when an employee supports a hate group. Before taking action against an employee for their political activity, ask yourself:

If you are still unsure, err on the side of caution and consult with legal counsel.

Make sure you understand the various federal, state, and local laws that protect off-duty conduct. Even when there is no specific protection, it's a best practice to base decisions on job-related information only.