Posted on  |  Hiring and onboarding

New I-9 Form Required: What You Need to Know 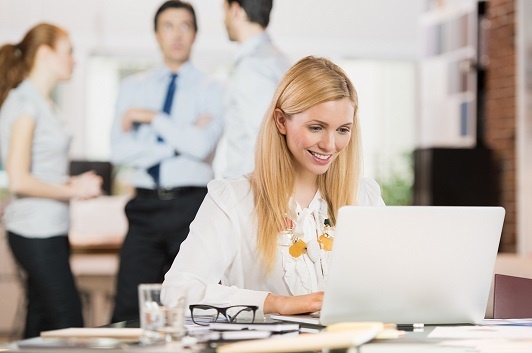 All employers must complete and retain a Form I-9 for each employee at the time of hire. The form is used to verify a new hire's identity and work authorization. In November 2016, the U.S. Citizenship and Immigration Services (USCIS) released a revised version of the I-9. The new version includes several changes designed to reduce errors and make it easier for employers to complete it. Below we provide answers to some frequently asked questions about the new I-9.

Q: When must employers begin using the new version of the I-9?

A: Employers must begin using the new version by January 22, 2017. In the meantime, employers have the option of using the outgoing version.

Q: How can I tell which version is the new one?

Q: I understand that I need to use the new version for all employees hired on or after January 22, 2017. Are there any other situations in which the new version will need to be used?

A: Yes. There are some additional situations in which the new version must be used, including but not limited to:

Q: Do I need to have all my existing employees complete the new version of the I-9?

A: No. Employers shouldn't complete a new I-9 for existing employees unless they have sufficient justification (such as when they must re-verify an employee because his or her work authorization is expiring and the form they used at the time is no longer valid). Without sufficient justification, requiring an existing employee to complete a new I-9 may raise discrimination concerns.

Q: What if an employer mistakenly uses the old version for a new hire on or after January 22, 2017, are there any guidelines to correct it?

A: The USCIS has previously issued guidelines for correcting I-9 mistakes. Those guidelines say that if an employer discovers that the wrong version of the I-9 was completed at the time of hire, but the documentation presented was acceptable under the rules in place at the time, the employer may:

Q: How long after hiring a new employee do we have to complete the I-9? Has this timeframe changed?

A: The timeframe remains the same:

Q: Can I require new hires to present certain documents from the I-9 form's list of acceptable documents?

A: No. The employer may not require the employee to present certain documents in order to verify employment eligibility. The employee has the right to choose which documents to present, provided they are on the I-9's List of Acceptable Documents (see the last page of the form).

Q: Am I required to photocopy an employee's I-9 documentation?

A: In general, there is no requirement for employers to make photocopies of the documentation provided by an employee to establish his or her identity and work authorization. However, if you do retain copies, you must do so consistently for all new hires. Photocopies should be kept with the employee's I-9 form.

Note: If you participate in E-Verify and the employee presents a document used as part of Photo Matching (currently the U.S. passport and passport card, Form I-551, and Form I-766), you must retain a photocopy of the document.

Q: What do I do when an employee's employment authorization expires?

During the re-verification process, the employee must present a document from either List A or List C that shows either an extension of his or her initial employment authorization or new employment authorization. You must review this document and, if it reasonably appears to be genuine and to relate to the employee, enter the document title, number, and expiration date (if any) in Section 3 and sign in the appropriate space. Note: You may not re-verify an expired U.S. passport or passport card, an Alien Registration Receipt Card/Permanent Resident Card (Form I-551), or a List B document that has expired.

A: Employers must retain I-9 forms for at least three years, or for one year following the employee's separation from the company, whichever is later. It is a best practice to store all I-9 forms together in one file since they must be produced promptly following an official government request.

Make sure you use the new version of the I-9 by January 22, 2017, and complete and retain the form in accordance with the law.