‘Can I Discipline Employees for Their Off-Duty Conduct?’ 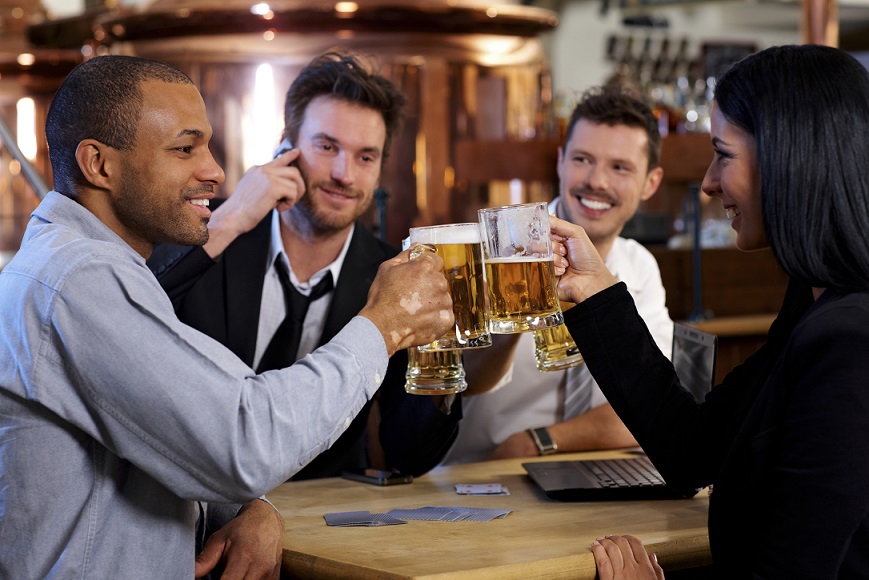 Employers have discretion to address on-duty misconduct by employees, as long as they are consistent and do so in a nondiscriminatory manner. But, what about activities that occur while employees are off-duty? Below we address whether employers can consider an employee's off-duty conduct when making employment decisions.

Several states, including but not limited to California, Colorado, Illinois, Minnesota, Montana, Nevada, and North Dakota, have laws that prohibit employers from taking adverse action against employees for engaging in lawful off-duty activities or using lawful products while off-duty. For example, in some states, employers are prohibited from taking adverse action (such as discipline, termination, etc.) against an employee for drinking alcohol, consuming tobacco products, carrying a fire arm or gambling while off-duty. Some states have broader protections that cover all lawful off-duty conduct.

Many states prohibit employers from taking adverse action against employees because of arrests or arrest records. In addition, the Equal Employment Opportunity Commission (EEOC) has stated that taking an adverse employment action against an employee solely because of an arrest record may result in a violation of nondiscrimination laws. An arrest, however, may in some circumstances trigger an inquiry (e.g., conducting an investigation into the facts and giving the employee an opportunity to explain the events that lead to the arrest) into whether the conduct underlying the arrest is job-related and justifies an adverse employment action, according to the EEOC.

Some states protect employees who have been convicted of a crime unless the conviction relates to the individual's job duties. Employers should not automatically take an adverse employment action against an employee because of a criminal conviction. Rather, the EEOC recommends that employers conduct an individualized assessment (an evaluation of a variety of factors, such as the facts surrounding the offense, history of offenses, and rehabilitation efforts) before taking an adverse action against an employee on the basis of a criminal record. Click here for more information on the EEOC's guidance.

Under the federal National Labor Relations Act (NLRA), employees have the right to act together, with or without a union, to improve wages and working conditions, and to discuss wages, benefits, and other terms and conditions of employment. These rights are considered "protected concerted activity" and apply to all employees. For example, if employees discuss improving their wages or whether to join a union, in or out of the workplace, the employer may NOT take adverse action against the employees.

Employees' social media activity may also be protected by certain laws, including those covering lawful off-duty conduct, discussing wages and working conditions, and exercising their rights under various employment laws. For example, if you fire an employee because their social media posts indicated they filed a discrimination lawsuit against a former employer, or took job-protected leave, this could violate anti-retaliation provisions of various laws. Additionally, if you take adverse action against an employee for posting grievances concerning their pay or working conditions, it could also violate the NLRA.

For legitimate business reasons, there are certain situations where an employer can expect their employees to comply with the company's policies while off-duty. For example, an employee can be expected to abide by an employer's sexual harassment policy after hours and outside of the workplace. Sexual harassment of employees or a third party (such as a client, customer, vendor, or independent contractor) after hours and outside of the workplace could negatively impact the employer's business, create a hostile work environment, and violate employment laws.

A few states prohibit discrimination against individuals because they test positive for marijuana, unless the individual used, possessed, or was impaired by marijuana in the workplace or during work hours. In these states, employers may be required to show they have a reasonable suspicion of use, possession, or impairment (along with a positive test result) on the job before taking disciplinary action against an individual.

Because marijuana remains a controlled substance under federal law, employers need to be mindful that some states require conduct to be lawful under both federal and state law to be protected under off-duty conduct laws. Where applicable, employers should also consider state and federal rules that may govern the use of medical marijuana in safety-sensitive positions.

Before making any employment decisions resulting from an individual's use of medical marijuana, check your state law and work closely with legal counsel to determine your rights and responsibilities.

Some employers adopt policies restricting employees from working second jobs while employed with the company, particularly if the job poses a conflict of interest. In states with broad protections covering any lawful off-duty conduct, employers may be required to show this type of restriction protects a legitimate business interest. For instance, the employer may be required to show that the second job would interfere with business operations or is with a company that is in competition with their company. For this reason, draft restrictions on outside employment carefully.

Make sure you understand the various federal, state, and local laws that protect off-duty conduct and privacy. Even when there is no specific protection, it is a best practice to base decisions on job-related information only.