8 Red Flags That An Employee Is Misclassified 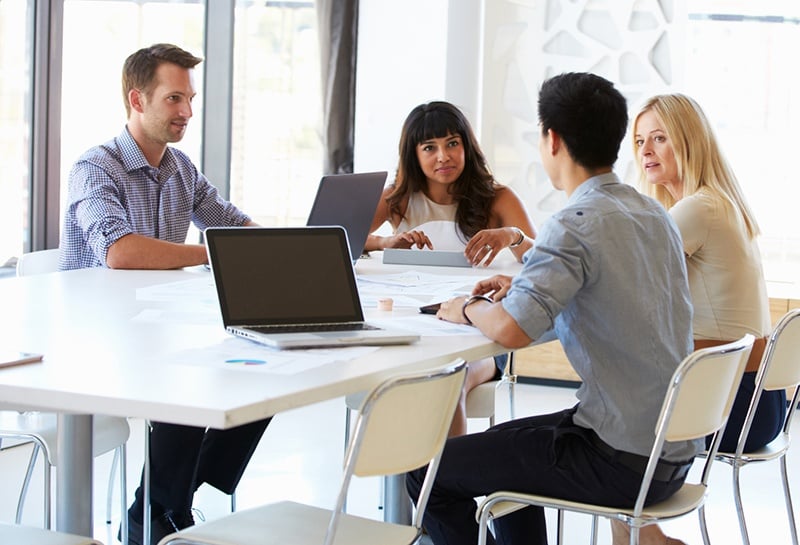 Misclassification of employees as exempt from overtime is one of the most common Fair Labor Standards Act (FLSA) violations and a focal point for government enforcement. Below are eight red flags that an employee is (or may be) misclassified.

With the exception of the computer and outside sales employee exemptions, under federal law, exempt employees must generally be paid a set salary of at least $455 per week for each workweek they perform work. Under the administrative, professional, and executive exemptions, employers are prohibited from paying employees on an hourly basis. For the computer employee exemption, the employee's salary must meet the minimum requirement or he or she must receive an hourly wage of at least $27.63 per hour. The outside sales exemption has no salary requirement. Your state may have different exemption criteria (see #7 below for more information).

Red flag #2: Employee is paid a salary less than $455 per week because he or she is part-time

Under the FLSA, administrative, professional, and executive employees must receive a salary of at least $455 per week (some states require a higher salary), regardless of whether they are full-time or part-time. Under the FLSA, employees paid a salary of less than $455 per week must be classified as non-exempt and paid overtime whenever they work more than 40 hours in a workweek.*

* Last year, the DOL published a final rule that would have raised the minimum salary to $913 per week. The rule was scheduled to take effect on December 1, 2016, but a federal judge temporarily blocked the DOL from implementing and enforcing the rule. The rule remains blocked while the case is litigated.

Employees' job titles don't determine whether they are exempt from overtime. Unless they satisfy the salary and duties test, employees must be classified as non-exempt and paid overtime whenever they work more than 40 hours in a workweek (under the FLSA), as well as meet any applicable state overtime requirements.

The exemptions do not apply to manual laborers or employees who perform work involving repetitive operations with their hands, physical skill, and energy. Employees such as carpenters, electricians, mechanics, plumbers, iron workers, craftsmen, operating engineers, longshoremen, construction workers, and laborers may not be classified as exempt.

Red flag #6: Employee is automatically classified as exempt because he or she has a college degree

Simply because an employee has a college degree doesn't mean he or she satisfies the duties test for the professional exemption. To qualify for this exemption, the employee's primary duty must involve work that requires advanced knowledge in a field of science or learning where specialized academic training is necessary. It does not apply to jobs that may be performed with general knowledge acquired by an academic degree in any field. For more information on this exemption, see DOL Fact Sheet 17D.

Some states have established their own tests for exemption, some of which have higher minimum salaries and/or more stringent duties tests than the FLSA requires. If your employees work in one of the states with its own tests for exemption, you need to apply both the state and federal tests to determine the employee's status under both sets of laws.

If the employee satisfies the federal tests but not the state tests, the employee is entitled to overtime in all the circumstances covered by state law.

Example: If a California employee is exempt under federal law, but not under state law, the employee must receive 1.5 times their regular rate of pay for all hours worked over eight in a workday, over 40 in a workweek, and for the first eight hours of work performed on the seventh consecutive work day in a single workweek. California also requires double time for hours worked over 12 in a workday and over eight in the seventh consecutive work day in a workweek.

Red flag #8: You make deductions as you would for non-exempt employees

Unlike non-exempt employees, exempt employees must generally receive their full salary in any workweek in which they perform work. Deductions from an exempt employee's salary are permitted only in a few limited circumstances, including:

If you make deductions from exempt employees' salaries because they leave work early for personal reasons, for attendance or performance issues, when the business closes on a holiday, when employees fail to return company equipment, or other situations in which deductions are off limits, you may jeopardize the employees' exempt status.